Ethereum will no longer be mined, so what will happen?

Ethereum moving to Proof of Stake has been in the pipeline for years, but is finally getting closer to happening. So what does this mean for GPU mining? Is it really the end and is doomsday coming?

Here are some of the things likely to happen, and it’s looks pretty good for GPU miners…

Less LHR to worry about

If you’ve been mining for a while, you will know what LHR (light hash rate) is. This was NVIDIA’s attempt to ensure it was more difficult to use GPU’s for mining. However LHR mainly affects Ethereum mining, which means if ETH cannot be mined anymore, your GPU will be able to mine another algorithm pretty much on full hash power. There are some other algorithms that are affected (mainly the memory intensive ones), but nowhere near the impact as ETH.  It’s unlikely NVIDIA will add another version of LHR to the 3000 series, since they are already working on the 4000 series. And even if they do, it only took a few months for developers to find a workaround to bypass the LHR anyway, and more people will find ways as time goes by. Needless to say, if you bought GPUs recently, you will still be able to mine with them for a long time, and most likely with even better hashrates once ETH goes to PoS.

The playing field will open up

When ETH stops mining, this will leave a space where there is less of a gap between profitability of the other algorithms, which is always good for competitiveness, and will likely mean that there is room for rapid growth. We can expect to see other algorithms pick up hashrate and pick up pace in their market cycle.

Miners will not stop mining

As long as there are coins to mine (and there always will be), miners will mine. This means that once ETH goes to PoS, miners will switch to other algorithms. While those may not seem profitable now, that’s largely because all the attention is on ETH, once it’s gone, the surge in hashrate to other algorithms will increase the level of interest in other coins, which will push their value up.

Difficulty will rise – but so will prices

If we look back historically since crypto has been around, it is very often the case that the higher the hashrate, the higher the price of the coin. Difficulty will be harder but prices will go up, most PoW blockchains tend to go up in value when the mining increases simply because it means more people are using the coin (ie. changing to fiat to pay costs etc, thereby increasing liquidity). Value is very closely related to usage in any economic model, be it gold, cash, or crypto. This is due to simple economics – the more something is used by people, the higher it’s value (which is why Bitcoin is still the number one coin). More hashrate means more people are mining, which means more people using, exchanging and sending the coins around, therefore raising the value. As we know, the higher the hashrate the harder the difficulty and therefore the less profit – until the coins price rises. So we’ll likely see a few months where profits are low, but this will be offset by the induced gain in value of the coins being mined.

While Proof of Stake does solve some of the issues of Proof of Work (such as environmental impact and scalability), it has the downside of encouraging centralized wealth. The move to PoS is also a very risky one, as it decreases liquidity (especially in the way that Casper is being implemented in Ethereum), and this could backfire in the long term. We have yet to see the real world impact of PoS being implemented, as only a few blockchains use it, and they have not been around for very long, and are not used for direct payments in the way Bitcoin is.

Decentralized algorithms will likely be favored

As coins like ETH become more centralized, there will be a demand for a strong decentralized version, as even Bitcoin mining is centralized to some extent, as only large ASIC farms can mine it now. Other algorithms that resist ASIC mining are likely to gain popularity, as they embody the original ethos of cryptocurrencies – economic freedom.

NiceHash has many algorithms to mine

As we are not a mining pool, we make it very easy to change algorithms to mine. We have over 30 different algorithms, a good number of them are suited to GPU mining, and our software can automatically detect and switch to mine the most profitable. So when ETH goes, you have nothing to do, NiceHash Miner will find the most profitable coin for you.

And lastly, miners are tough people

At the end of the day, anyone who has been in crypto for a while is aware of the volatile nature of investments, and that’s partly what makes it so attractive. The real trick with this industry is to be patient. Maybe profits dive for a month, maybe a few months, but just as things go down, they always go back up. Ask anyone who bought bitcoin 2 years ago, or 5 years ago, and had the courage to wait! Have the grit to HODL, or pay with crypto directly wherever possible, and enjoy the ride. The more of us use crypto the better for everyone, and inevitably this industry will keep growing. 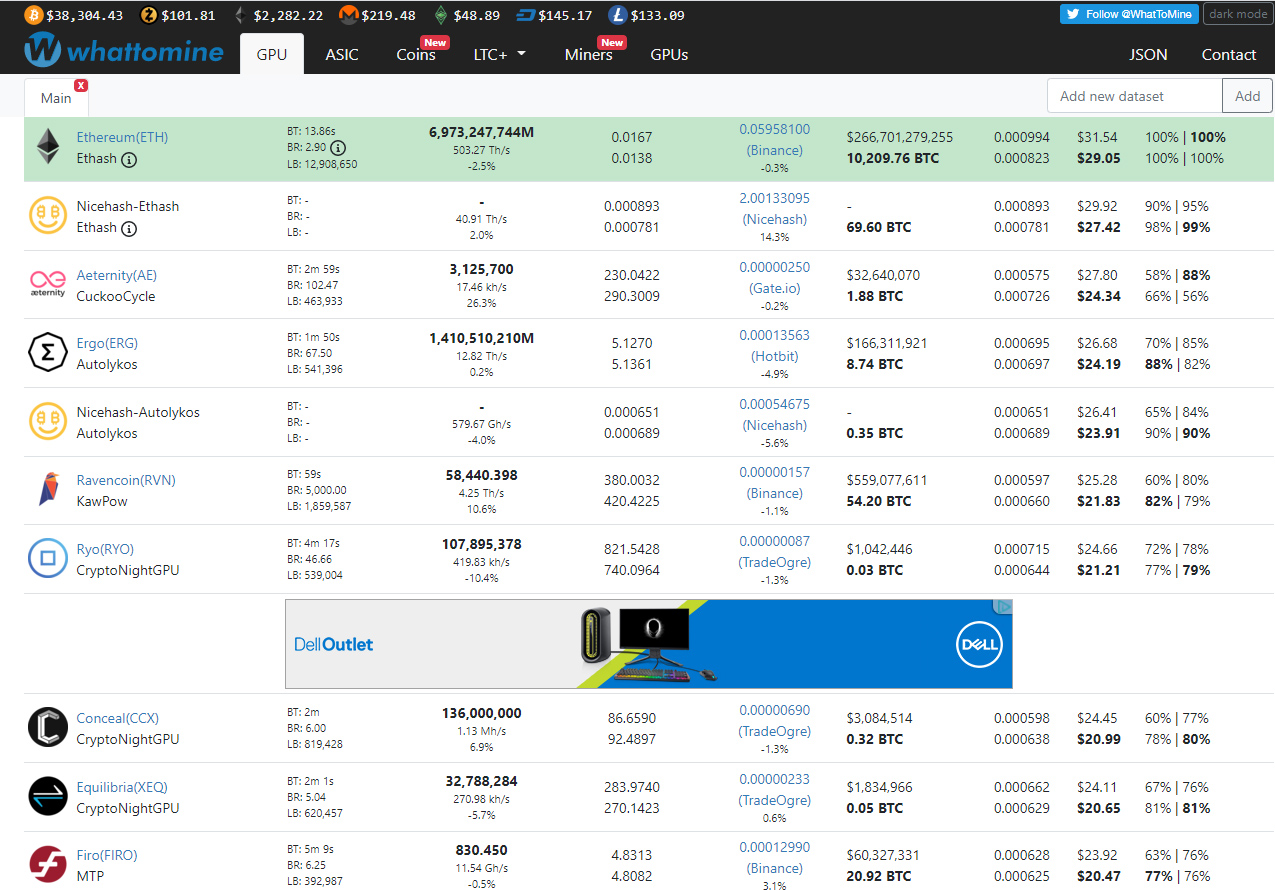